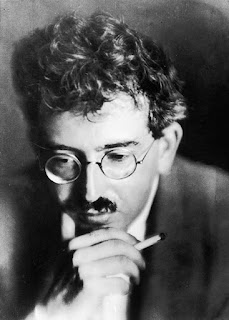 German, 1892–1940
Walter Benjamin is one of the central essayists of the German Jewish intellectual tradition. Born and raised in Berlin in a bourgeois household representing both stability and confinement, Benjamin grew into a critic of literature, Western philosophy, and contemporary European culture. His oeuvre consists of hundreds of essays on literature, culture, history, and philosophy as well as book reviews and records of his travels throughout Europe. Benjamin was not in the strict sense a philosopher, nor entirely a creative writer, but a hybrid author who fused his philosophical as well as creative talents. These in turn were often intermingled with early German Romantic ideas on language and translation, Jewish mysticism, and Marxist materialism.
His persona as cultural critic was formed in the years of childhood and youth in Berlin, where the Wilhelmian environment provided both conservatism and confinement. Benjamin’s powerful sense of cultural criticism was ignited while participating in the traditional German educational system, notable for its academic rigor and excellence, but also for its suppression of originality and creativity. Benjamin’s involvement in educational reform under the auspices of the Youth Movement (1912–17) was instrumental to his future role as cultural critic as well as intellectual and social outsider. His articles of 1913 in the youth journal Der Anfang (The beginning) consistently address issues of repression as well as the multifaceted hypocrisies of bourgeois life.
By means of cultural criticism, the early Benjamin developed a challenging methodology of cognition which earned him mostly criticism from the contemporary German academic establishment. His friends at the Institute for Social Research in Frankfurt-on-Main, including Max Horkheimer and Theodor W.Adorno, were often puzzled by Benjamin’s opaque visions and representations. Critical and anti-systematic thinking for Benjamin was the central and almost metaphysical pillar from which he set out as essayist, and to which he returned at the end of most essays. In his well-known essays on Charles Baudelaire, Marcel Proust, Franz Kafka, and Karl Kraus, critical thought is directed and informed by its relation to the autonomous work of art. However, the traditional notions of this autonomy are curiously short-circuited by Benjamin’s powerful reflections on the fragmentary constellation of 19th-century and contemporary European culture. For Benjamin, literary works are “irreducible as deeds”; it is to this philosophical and literary complexity that his many essays on writers from the French, German, and Russian literary tradition of Modernism speak.
1924 was a decisive year for Benjamin in his development from eclectic philosopher to more politically engaged essayist as the political force field of the Weimar Republic became more overtly established. His essays of this time were influenced by Marxist dialectical materialism—strangely wed, however, to early Romantic language theories. The collection of this period, Einbahnstrasse (1928; One-Way Street), pays homage to the surrealist avant-garde tradition of representation which would be crucial to his later and most central, yet also most controversial project, Das Passagenwerk (The Arcades project). As the essays of One-Way Street already suggest, objects or marginalia of daily life rather than Platonic ideas would from then on provide the discursive ground from which the most pressing, yet also the most decentering and fragmentary, experiences of Modernism were to be evaluated and rewritten. Moreover, by introducing collage and montage into the essayistic structures of textual representation, Benjamin inaugurated a new way of writing history—the materialist history of modernity as seen from an essayist’s perspective.
Modernism as an aesthetic, philosophical, and cultural phenomenon emerged during the 19th century. For Benjamin this historical moment, when long-cherished symbolic affinities in the material and ideistic world began to crumble, revealed layers of meaning which could then be explored and represented in more fragmentary and allegorical ways. From One-Way Street to the curious Passagenwerk Benjamin explores how meaning is primarily constructed and suspended in relation to objects of daily life which, ordained as “profane illuminations,” hold their own ground as both entirely real and entirely imaginary. Thus Benjamin’s essayistic work addresses in incisive prose the most challenging questions and representational concerns of the German, French, and Russian traditions of Modernism.
At the point of intersection between eclectic philosophy and cultural criticism, Benjamin creates in the almost two thousand pages of the Passagenwerk a materialist philosophy of history consisting of thousands of quotations, reflections, and essays on 19th-century Paris. This test ground for the emergence of Modernism on all fronts represents a collection of raw data in addition to reflective essays and aphorisms rather than a consistent and more traditional univocal narrative. Much like the essay in Montaigne’s tradition of skepticism, understood in the etymological sense of “seeing” and “perceiving,” Benjamin’s essays challenge the boundaries and limits of traditional forms of thought and representation. Readers of this work are forced into a curious paradoxical position: they must both reconstruct and create elements of a former dialogue of cultural construction which in a univocal way will never again be accessible. It is against this curious representational paradox and silence that Benjamin’s work begins to resonate.
Benjamin will always be remembered for his courage to remain a visionary as well as an intellectual outsider somewhere, as he himself put it, “in the folds of time.” 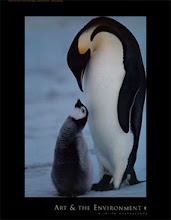